One of my guilty pleasures – or rather, 'songs I love that I expect most reading this will hate,' seeing as I'm not really ashamed in my love of this tune – has to be Polyphonic Spree's 'Light and Day.' I can't confess to liking much else of their material but something about that track always puts a smile on my face. Because when you spend so long listening to the aggressive and depressive depths of metal with an obsessive attitude it's very easy to get lost in a world that's bleak, pessimistically forgetting that there is still good and beauty in the world. I admit this is an odd way of beginning a review, but I assure you it's perfectly relevant: Kaipa have reminded me once again that there is still beauty in the world and have done it in a way few others have done before.

For an artist with a 40 year old career you would have thought their name would have come up more often. True, they are Swedish, but it's hardly as if nothing from that frostbitten land makes it across, and yes, they did go on a 20 year hiatus, but they also reformed a decade ago. It's also true that the line-up has changed considerably since their conception with only one original member left handling the keyboards duty, and the only other name I recognise is that of Per Nilsson of 'Scar Symmetry.' Not that his guitar work here bears any resemblance. Quite frankly I'm not sure why I brought it up. What we have here are old fashioned prog rockers who aren't so much 'retro' as they are valuable relics from the 70s, surviving all this time and arriving from another time; their blend of jazzy lines and folk melodies in their compositions never anything but natural, laid back and rather than forcing anything, just letting the music flow and meander from them as it chooses. It's this laid back feel to their work that is their defining trait; not necessarily uncaring but joyously carefree, never getting too bogged down with serious topics but contemplating and expressing their love for life’s simple pleasures. Length doesn't matter; 'epic' tracks never feel that way despite one clocking in at over 20 minutes. That it's long feels irrelevant, it's not trying to create something larger than life, nor does it ever gets boring due to being stretched out, it's simply content to take all the time it needs to let the song develop.

That it's so light and airy is surely to be off-putting for some, but don't go mistaking this for some pop outfit; it's hardly superficial in it's output and despite the tone manages to throw up plenty of interesting passages; jazzy bass lines and drum beats; upbeat guitar solo's amongst the slower; vocal lines left to convey the atmosphere alone; recorders; violins; and a whole range of keyboard work forming a rich fabric that is subtle in it's complexity. It's certainly no less technically inclined than the classics; your King Crimson's, Jethro Tull's and Rush's, but it's purpose is focussed in a different way, subtly weaving flourishes of masterful musicianship such that it feels merely a means to an end, furthering the track in it's intended direction.

With perhaps the notable exception of the lead male vocalist – as there is also a lead female vocalist – whose powerful and distinctive vocals sometimes manage to steal the show, going on to elaborate on the individual elements seems rather pointless. Each member demonstrates their phenomenal capabilities and feels perfectly suited, not for what they bring to the music themselves but for how they work with the rest of the band. There is no singular stand out element because there is no one trying to stand out; there is no one-upmanship with one musician trying to steal the show from another, though I don't doubt most could if they tried. Kaipa might just be the last surviving remnant of a bygone era, and without them the only thing left will be 'retro' artists pretending they could have belonged. Whether it's taken them this long to perfect their craft or if they've always been writing music of this standard I don't know, all I know is that with Vittjar, perfect it they have. Easily one of the most impressive albums this year. 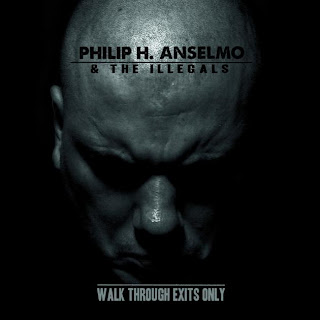 Mainstream Madness: Phillip H. Anselmo and the Illegals – Walk Through Exits Only

This album could not have come at a more perfect time. My second to last piece for this column before I pull the plug – I'll talk about my plans for the finalé soon – and it is quite possibly the only angry hate-filled rant I have in my system that could possibly top the giants that preceded it. If you've read much of the review work I've written then there's no doubt that you'll have seen me shit on Pantera with an alarming frequency. I will never get the attraction; generic chugged guitars and horrendous abuse of pinch harmonics to try and make you wince in physical pain, bland drumming and tunes that shamelessly pretend to be Exhorder if they were all mentally retarded, but personal dislike for a particular artist isn't quite enough for me to hate them. That said, whilst we're on the topic, lets get everything out of my system: I would never wish for the death of a guitarist regardless of how dreadful I think they were, and no I don't buy the whole 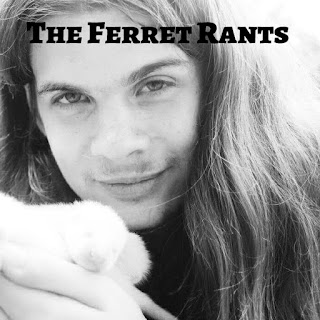 Five Reasons to Love Japanese Pop (from one Metalhead to another)

Preface : Those who know me well know I'm a Metal fan. But I'm also a J-Pop fan. I've been to both sides; I've had the "but it's just screaming" argument when arguing Metal to J-Pop fans, and heard the exclamations of "but it's talentless" come from the Metal camp, but I did not develop an interest in the genre by simply picking it up at random, and I felt it high time for someone to dispel some myths. 1) It's Nothing Like Western Pop . It sounds odd to state, but Japanese Pop music has completely different origins. It's often referred to as J-Pop precisely because of this distinction. The 50s Elvis Rock never took off in Japan and Blues never really made it big across either. Instead what once dominated the charts was Enka; a traditional form of Japanese folk you've probably heard without realising. Meiko Kaji's "Uremi Bushi" may have been penned in the 70s for the film "Lady Snowblood", but it ent

Album: 12 Crass Songs Artist: Jeffrey Lewis Released: 2007 Rating: 4/5 Link: http://www.mediafire.com/d ownload.php?zzr5zjaqngn Exactly what the title says it is. Cartoonist/anti-folk artist Jeffrey Lewis covering twelve songs by the famous anarcho-punk collective Crass. Crass agreed to the project, apparently respecting Lewis' intent and just wanting to get their message out more. For those of you unfamiliar with Crass, they were a group of anarchists who put out music during the first wave of punk as a way of getting out their message to the public, probably best known for this song . Jeffrey Lewis is a cartoonist who also makes anti-folk records (more popular examples of anti-folk would be Will Oldham/Bonnie "Prince" Billie/Palace or early Smog). And the album is actually good. Lyrics were always the most important part of Crass's music, but on the original recordings, they were impossible to understand, which meant you either had to look them up o